Home › Board of Directors › Andrea Arden 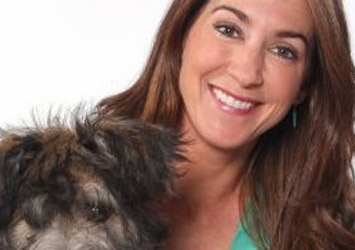 Andrea is the author of numerous books, including Barron’s Dog Training Bible, Dog Friendly Dog Training (Wiley, 2008), Train Your Dog the Lazy Way (Macmillan, 1999), and The Little Book of Dog Tricks (IDG, 2002). She has been the behavior columnist for Dog Fancy and The New York Dog magazines as well as a contributing writer for the AKC Gazette, Modern Dog and numerous other publications.

Andrea is a Certified Pet Dog Trainer through the Certification Council for Pet Dog Trainers as well as a Certified Pet Partners Team evaluator for the Delta Society and the AKC’s Canine Good Citizen (CGC) test. She is the director of Andrea Arden Dog Training, and was named the best dog trainer in New York by New York, W, Time Out and Quest magazines and the Daily News.

Commitment to improving the lives of both sheltered and family dogs is Andrea’s lifelong passion. She has served on the Board of Directors of the Association of Pet Dog Trainers (APDT) and  on the Board of Directors of Animal Haven Shelter in New York City. She is inspired by her own dog as well as the wonderful adoptable companion animals she works with to find permanent, loving homes. In 2015, Andrea joined the Board and was subsequently elected to Secretary.

Okay, so maybe Spots can’t vote. But if he could

Another masked hero! David serves in the Army and

Morning after the noisiest July 4 ever with so man

“Nikki is doing great! Couldn’t ask for a bett

Darren is a disabled Army veteran who needed a new

“Riley really is just the sweetest, most loving

A little levity for your Friday!