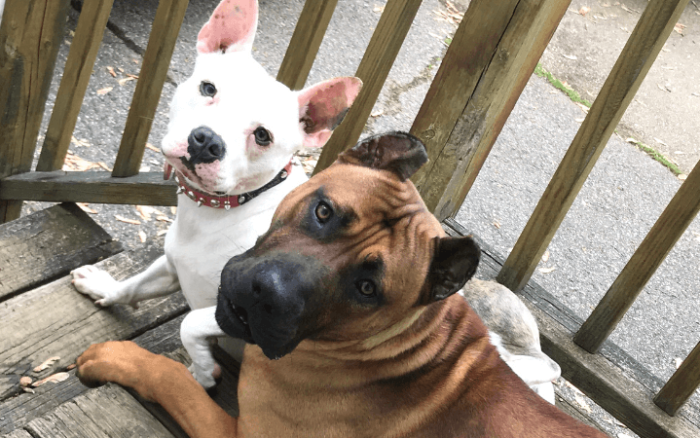 Brock is still haunted by the carnage he witnessed in Afghanistan. It is but one of other painful experiences the transgender sailor endured as he fought for the right to serve our nation.

The Navy offered Brock an escape from a difficult home life. Like many young recruits, he saw the military as a chance to start anew.

“There are a lot of reasons I joined the Navy,” he says, “but honestly I think it was mostly to get away from my dad. We did not have a healthy relationship, and I didn’t have any financial means to become independent from him.”

Brock has been serving for 14 years and is currently stationed in Maryland. Over the course of his military career he has served around the country and the globe.

“I’ve served on both coasts, in Korea and Afghanistan, and even had the opportunity to go to Germany a few times. I’m 14 years into service, and I intend to retire,” he shares.

As one might expect, not all of Brock’s military experiences were happy ones. The brutality of war left a lifelong impression on him, but Brock had to battle within his own ranks as well.

“Not sure which sticks out more,” he says, “the violence I had to witness in Afghanistan, or having to file a lawsuit against my command-in-chief to be able to continue to serve as a trans person. It was, and still is, pretty painful to realize how much I was willing to give up only to come back and essentially be told you’re not wanted anymore.”

A recent Pentagon-funded study found that 66 percent of troops are in favor of allowing transgender persons to serve in the military. This followed a 2018 law that reversed some provisions of a 2016 law governing transgender service members.

But to every dark cloud there is a silver lining.

“If we’re looking for a positive memory, though, I’d say it was getting to propose to my spouse at Castle Neuschwanstein, the inspiration for the Disney castle, and helping a sailor cross-rate into a job that fit her best.”

Brock is preparing to retire from the military and devote more time to his home life. The Navy veteran likes to spend time with his husband and their trio of companion dogs – two of whom were adopted through Pets for Patriots.

In their spare time the couple builds their business making various two- and three-dimensional artworks.

A rose by any other name

Dogs have been a part of the Navy veteran’s life for some time. In 2017, Brock lost a dog who had been with him since college. The death of his beloved pup was devastating and came at a difficult time in his life.

“He’d helped me deal with the worst of my PTSD, and losing him was debilitating,” he shares. “It left a giant hole in me.”

Post Traumatic Stress Disorder, or PTSD, is a serious condition that is estimated to affect as many as one in five Afghanistan war veterans in any given year.

The Navy veteran knew that he needed a dog in his life. So Brock and his husband did what many dog-loving couples do: they adopted a dog. But while their new four-legged charge was a joy, he bonded more closely with Brock’s husband.

So in August 2018 the couple adding another pet to their pack. Brock met a Pharaoh Hound-Pit Bull mix at Humane Rescue Alliance, which has partnered with us since 2016. The shelter gives a 50 percent adoption fee discount to veterans in our program.

Courage was a large, young dog with a creamy-white coat and large pink ears. Brock promptly renamed her Rose Quartz – Rosie for short – and welcomed her home.

Within the year Brock decided that Rosie needed a companion. But the Navy sailor had no idea that he would be adopting a supersized sibling, to boot.

At the time, a Perro de Presa Canario – a rare, large breed dog whose origins date back to the 15th century – was in the care of Prince George’s County Animal Division. Since 2013 the shelter has waived adoption fees for veterans adopting dogs and cats through our partnership.

Arlo qualified. He was two years old and, at 65 pounds, underweight for his breed and age.

Brock was smitten and completed the adoption, renaming the big dog Bortas. The transgender sailor confides how much Rosie and Bortas have meant to his healing.

“The two of them have meant a lot in helping me recover from losing Earl and to cope with my mental health issues in general,” he shares. “They both have their own struggles with anxiety and in Rosie’s case, something I could only describe as PTSD, but the three of us I think kind of ‘get’ each other as much as we can. I spend a lot of time wrestling on the floor with them and sometimes I can convince my husband to let them in the big bed with us.”

The healing power of companion pets

The Navy veteran found out about our companion pet adoption program for veterans in a roundabout way. He was trying to learn more about service dogs to help him navigate life with PTSD.

Service animals are typically bred to withstand the rigors of their work. They must perform in any environment and carry out tasks specific to a person’s physical or emotional disability.

Companion pets are not service animals, nor are they suitable to be trained for service work. But they are naturally therapeutic by their mere presence and appropriate for people who do not need a service animal.

Brock remembers how the dog he had since college supported him through trying times.

“I was remembering how Earl had helped me and wondering if there were options available to active duty folks,” Brock says. “I really appreciated that Pets for Patriots makes a point of prioritizing dogs that have a harder time getting adopted. It seemed like a natural pick, since I’ve always made adoption and animal welfare a priority when I can.”

For his part, Bortas seems to understand that he plays an outsized role in the family, literally and figuratively. He is Brock’s port in the storm and bouys him when life gets rough.

“Bortas is incredibly intuitive about my mood and looks to me constantly. I can hold my hand out at my side at the dog park and he’ll come right to me. He instinctively leans on me and guards me when we’re in public,” he says.

Still, the Navy veteran realizes that Bortas has his place – as a beloved companion pet. While he may seem to have some of the qualities of a service animal, that is not his role.

“I can’t take him many places with me, of course, since he’s not a service dog. And I don’t think he’d quite make the cut for that,” Brock shares, “but he makes going out a lot easier on me when he can come along. He’s also just really good at seeing when I need a distraction and a cheer up, and his constant interest in making me laugh or smile does a lot to help me when I’m down.”

Until relatively recently transgender service members had to shield their identities in order to stay in the military.

Even though much has changed – in both society and the armed forces – much remains the same. Brock is proud of his courage to stand up for his commitment to serve.

And back on the home front there is plenty of four-legged therapy – Bortas being the most plentiful.

“He looks like a big meat ball, but he is really a giant, soft baby.”

When the giant lapdog gets mischievous, he knows that getting Brock to smile will keep him out of trouble. And his mere physical presence is often enough to nudge the Navy veteran out of a slump.

“If I’m having a hard time, he’ll bonk my leg with his head or randomly lick things – just once! – like my chair or laptop,” he says.

But among Bortas’ most endearing qualities is how he responds to a simple request for affection. In this regard, the big dog never lets his Navy sailor down.

“Though my absolutely favorite thing is,” he shares, “if I squat down and hold my arms out and ask, ‘Hug?’ – he’ll very eagerly come sit in front of me, lean against me, and put his head over my shoulder while I hug him.”