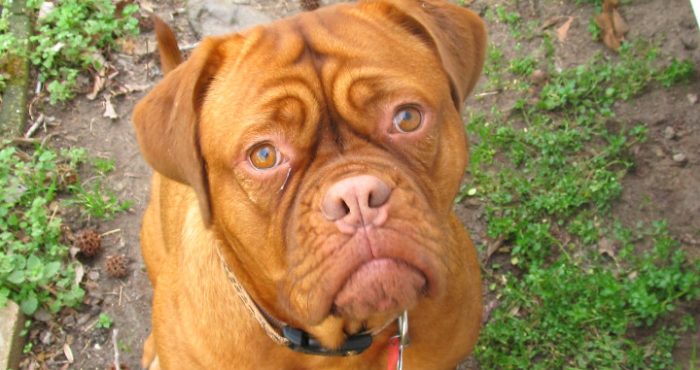 Mama was a severely neglected dog brought to a Virginia shelter with a host of problems. The hard-luck pup got a lucky break, however, when an Army veteran deployed her new dog training skills and made saving Mama her first rescue mission.

Miriam joined the Army in 1978 because she wanted to “go to school and have a trade.” She completed basic training at Fort McClellan in Alabama and medical training at Brook Army Medical Center at Fort Sam Houston, Texas, before being assigned to other stateside military bases. She was part of the 24th Medical Support field unit at Hunter Army Airfield in Fort Gordon, Georgia, and re-enlisted with her last active-duty assignment at Walter Reed Army Medical Center as a 91C, or Licensed Practical Nurse.

“Although I did not have the honor of serving during wartime, I cherished my time in the military,” Miriam says. “I enjoyed the camaraderie of the military environment as well as the many training opportunities for soldiers.”

The Army nurse spent a total of six years in active duty service before receiving an Honorable discharge. In addition to the training that first inspired her to military service, Miriam’s tours of duty provided experiences that she will remember for a lifetime.

“One memorable challenge was passing the Expert Field Medical Badge,” she recalls. “We had to finish a three-mile run in full gear with rucksack and weapons, which was a physical and mental achievement.”

In 1992 Miriam renewed her commitment to military service by enlisting in the Reserves, where she served for several more years before final separation.

The Army veteran continued her career in medicine until 2000, when she retired from nursing due to health issues. She now lives in Norfolk, Virginia, with her husband of 33 years, who is a military veteran as well. The pair have four children and four grandchildren. One day Miriam noticed that her 108-pound Mastiff mix, Enzo, was displaying some behavioral issues. She started volunteering at her local animal shelter, where she hoped she to gain insight into Enzo’s mind while helping homeless pets in her community at the same time.

Miriam sought to learn as much as she could about canine cognition and decided that a hands-on approach would be best. Through her volunteer work and dog training education she uncovered a new passion and soon became an expert on the subject.

“I have volunteered at my local animal shelter past few years,” she says. “In 2014, I took a course to become a certified dog trainer.”

One phase of the dog trainer certification involved volunteering at a shelter, which Miriam had already been doing at Norfolk Animal Care and Adoption Center. It was during this part of the coursework that the Army veteran met Mama – a shy, wrinkly dog with a host of medical issues stemming from severe neglect.

“She arrived at the shelter on April 18 as confiscated for neglect with multiple medical problems: mange, kennel cough, ear infection, early pregnancy,” Miriam remembers. “She had recently weaned a litter of puppies, was people- and dog-shy, and in need of training help to become adoptable.”

The meeting turned out to be a watershed moment for both veteran and the severely neglected dog, though neither could have known that at the time.

“They had named her Mama,” Miriam says, fondly. “She was one of my first students.”

Mama’s plight tugged at Miriam’s heartstrings as did the big dog’s wrinkly, jowly face. It was simply impossible not to be inspired to help her.

“My heart totally melted when I saw her, and I knew the best help would be if she were in a home, so I volunteered to work with her until she recouped from her medical problems,” Miriam shares. “I knew she would be a training challenge and we could help each other. For her to come out of her shell in a safe, loving home, and for me to gain experience in training with her.”

Miriam decided to foster Mama, though the neglected dog’s status as a temporary foster did not last long.

“Three weeks later I adopted her, thanks to Pets for Patriots,” Miriam says, giving her newest family member a new name as well. “I renamed her Cici after a French poodle I had as a child. I thought it appropriate as she was classified as a Dogue de Bordeaux mix.”

During the time she was fostering Cici, Miriam learned that Norfolk Animal Care and Adoption Center was a Pets for Patriots shelter partner, helping the most overlooked and undervalued animals find loving homes with veterans. Cici actually met two of our companion pet criteria – she was both an adult and a large breed dog – and although her constellation of issues did not qualify her as a special needs pet, they made it harder for her to get adopted.

All in the family

Since adopting Cici and becoming part of the Pets for Patriots family, the Army veteran has kind words for our work.

“[They] provide continuing updates and support through emails, a newsletter, and even Twitter updates on other success stories,” she says. “The Pets for Patriots team is an active animal and veteran support community. It is an excellent opportunity for veterans to serve their community by adopting a needy dog and enriching their own lives with canine companionship.”

Cici quickly became one such beloved companion. She fit in as a member of Miriam’s family as though she had always been a part of it.

“Cici has settled nicely into our household and is a delightful spirited girl! She is weighing in at 65 pounds and has plenty of zip and vigor for her brother, Enzo,” Miriam observes. “Her quirky personality and funny antics are a happy addition to our home. Enzo loves to wrestle with her.”

Now that she is a certified dog trainer Miriam spends a lot of time working with Cici on her behavior. The severely neglected dog spent years without anyone to love her, much less teach her basic manners. “She is finally learning what a tug toy is and how to do basic obedience on cue. She is doing puppy push-ups as well as heel and loose leash walking. She is potty-trained and knows her crate,” she says with pride.

As well-trained as she is, sometimes Cici’s love for Miriam and a need for cuddles eclipses her desire to be fully obedient.

“She will not let me sleep in,” Miriam says of Cici’s early-morning antics. “She jumps in the bed and begins to tunnel under the covers and roll on her back.”

Cici’s joyful, silly spirit has recently provided a much-needed source of cheer, as both Miriam and her husband have undergone a series of personal setbacks.

“Little did I know how much my life would change in the last few months,” Miriam explains. “I [was] diagnosed with a degenerative condition this past December. My husband, also a veteran, had major surgery and is having continuous medical treatments.”

But thanks to Enzo and Cici, Miriam’s “little shadow dog” who is constantly at her heels, the couple has faced adversity with smiles.

“Cici is a treasure,” says Miriam. “She is interested in being a part of my day-to-day routine no matter how mundane the task. She has fast become a welcomed family member and companion to myself and my husband, especially in the down times.”

That same wrinkly face that Miriam found so irresistible is proving to be one of the most joyful things about her beloved Cici.

“I enjoy her little wrinkled monkey face plopping down at my feet when I am at my desk or reading,” Miriam adds. “She has the funniest snorkle-sniff when investigating what I may be doing.”

How has your dog or cat helped you through “the down times”?